The objective was to design a game based on the Art Nouveau movement and Vienna Secessionists period and their beliefs. 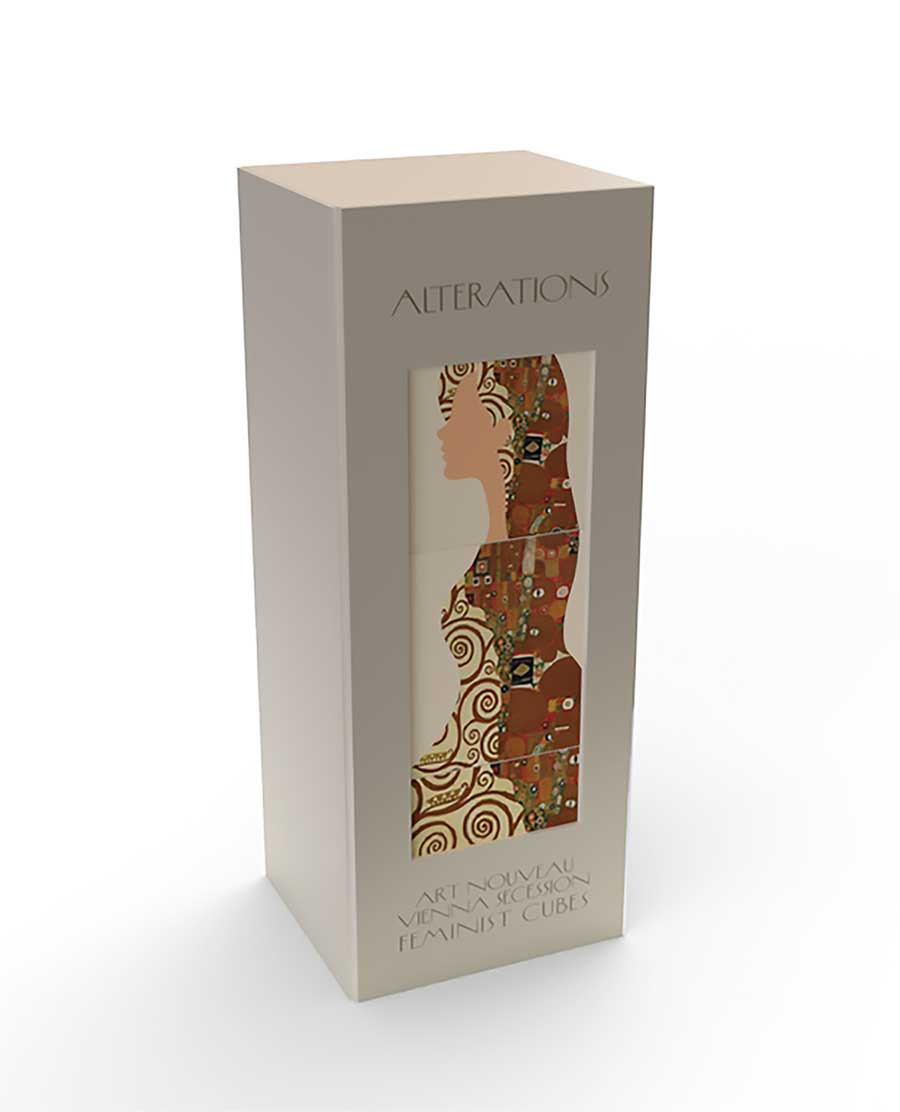 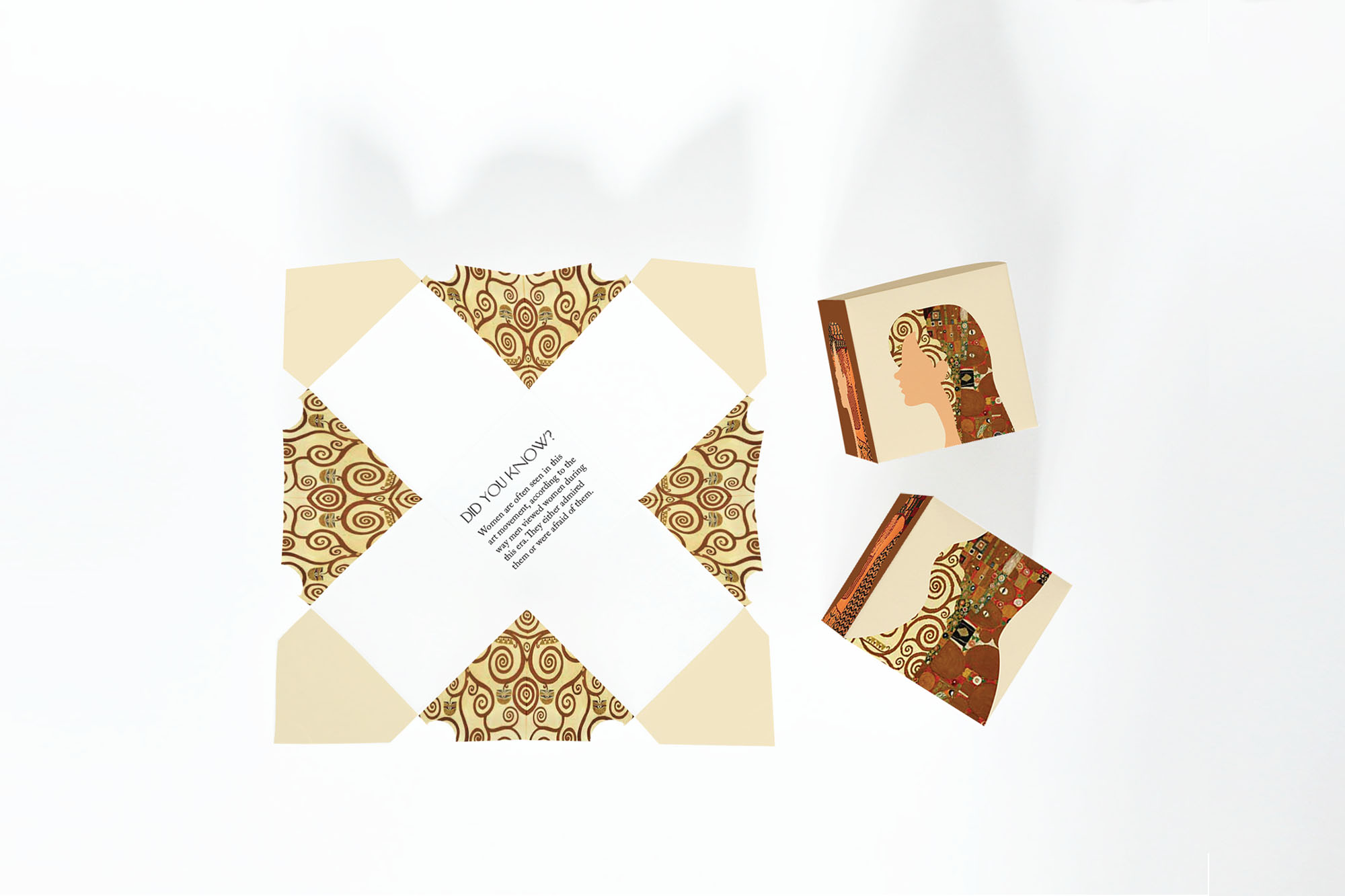 Throughout the process of this game, I wanted to create something visually and intellectually stimulating to keep the players’ attention to the game whilst learning about the time period. The choice of colours, textures and visuals are inspired and taken from the era. I decided to choose a feminist approach to this game because during this era women weren’t seen as being anything more than just a pretty face, and I wanted to represent how far we have come with feminism since then. Going against the artistic norms of this era, the focus of my game is on the women. Women play a big role in the game to portray the way men viewed them during this era; they were seen as beautiful or intimidating and nothing more. Therefore, I decided to create a game that allows you to alter the cubes to create your own type of woman, while learning about facts pertaining to the era. 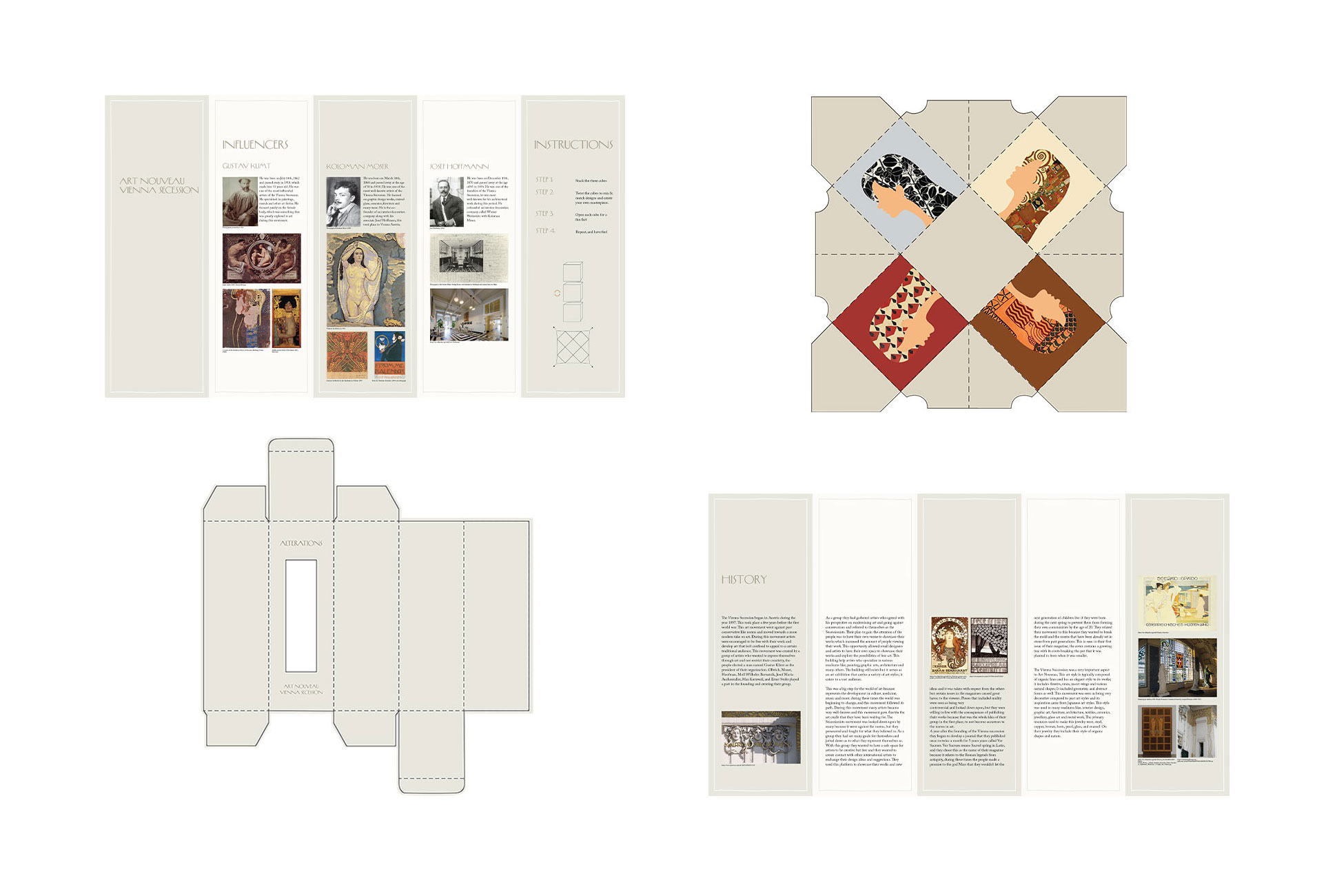 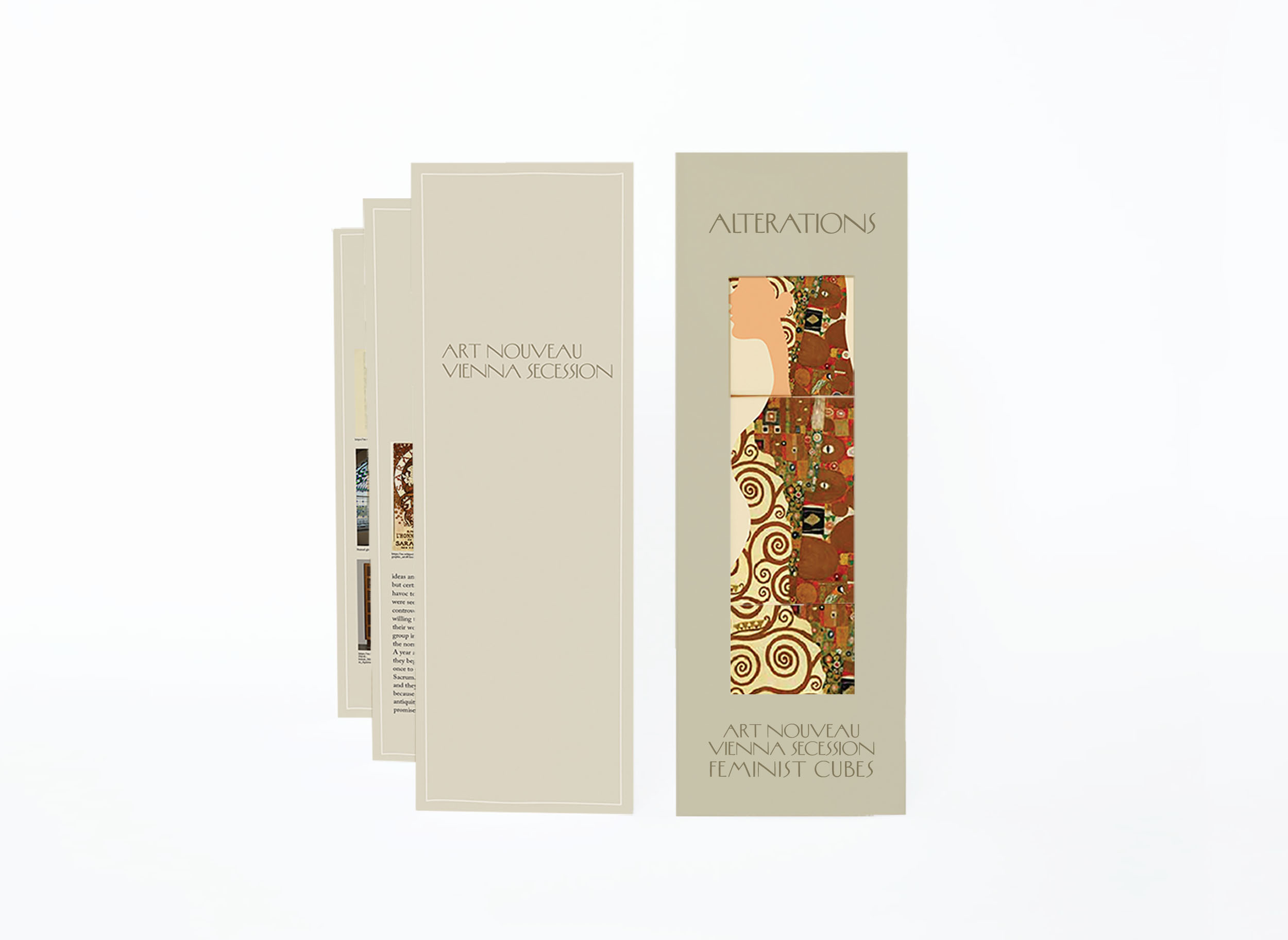 The outcome of this project has allowed me to create a game that has interactive and informative elements in order to learn about the era in a stimulating manner.